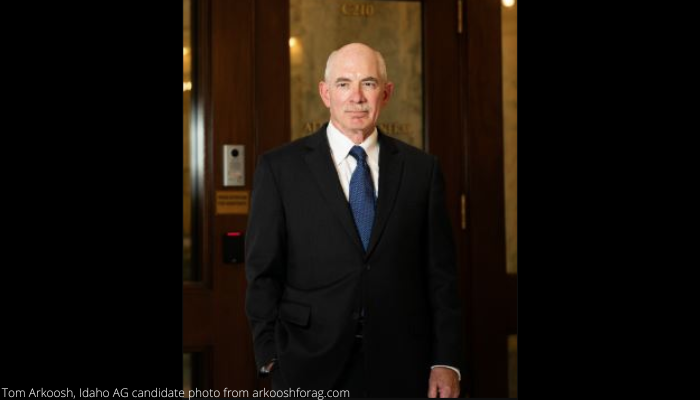 The Idaho Democratic primary openly admits to running a “placeholder” candidate for Attorney General in the May primary, which allowed Dem leadership to hand-pick a replacement without voter input.

The new AG candidate for the Dems is Tom Arkoosh, a long-time Boise Attorney. Jim Jones, who was heavily involved in Take-Back-Idaho and pushed for crossover voting in the Republican primary is treasurer for Arkoosh’s campaign. Take-back-Idaho wanted Lawrence Wasden to win the Republican primary, but Raul Labrador won. Arkoosh registered to vote as a Republican in the primaries in order to vote against Labrador and is now running as the Democratic party AG candidate.