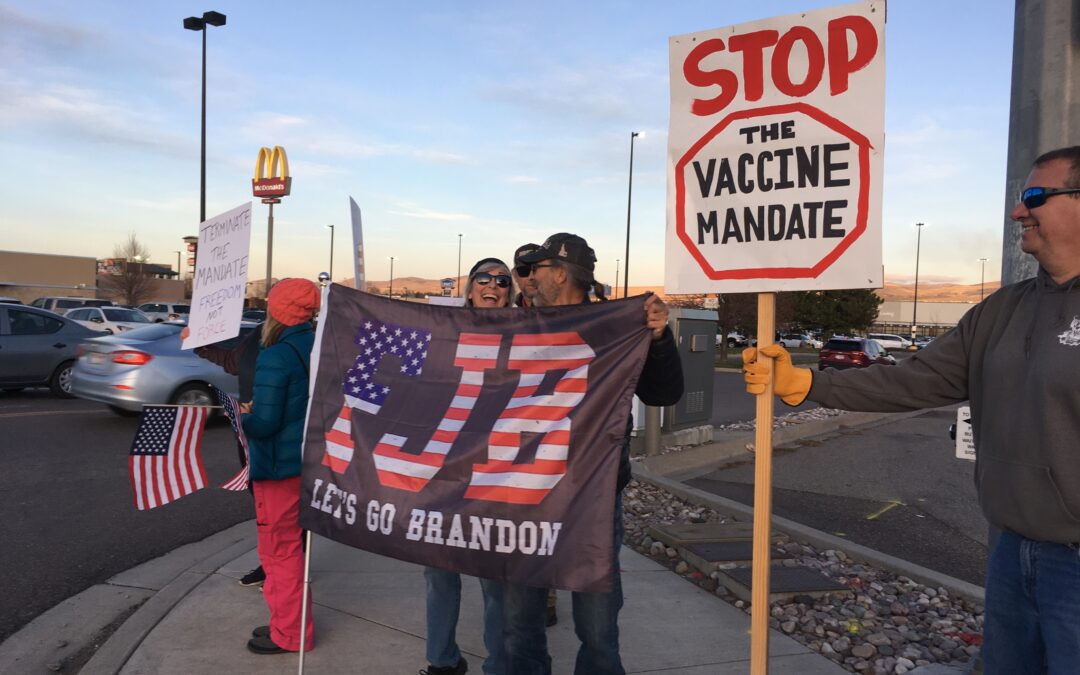 Nov. 27, 2021–(EAST IDAHO)–A nurse named Megan organized a last minute protest to support East Idahoans whose jobs are at risk if  they do not comply with vaccine mandates. She spread the word on a Facebook page called “East Idahoans Against Vaccine Mandates” and people came out to peacefully protest. According to those on site, employers have different tolerance for exemptions.

Some local politicians were among the crowd that ranged from 40 to 70 people throughout the day, making stops in Rexburg, Idaho Falls, Blackfoot, and Pocatello. This reporter did not make it to the Blackfoot stop, but did a Facebook Live to cover the prostest at Rexburg and Idaho Falls. Rep. Karey Hanks (seat 35a) and Barbara Ehardt (seat 33) gave interviews at the Idaho Falls protest and Pocatello mayoral runoff challenger, David Worley gave an interview at the stop in Pocatello. A few protestors gave interviews, as well.