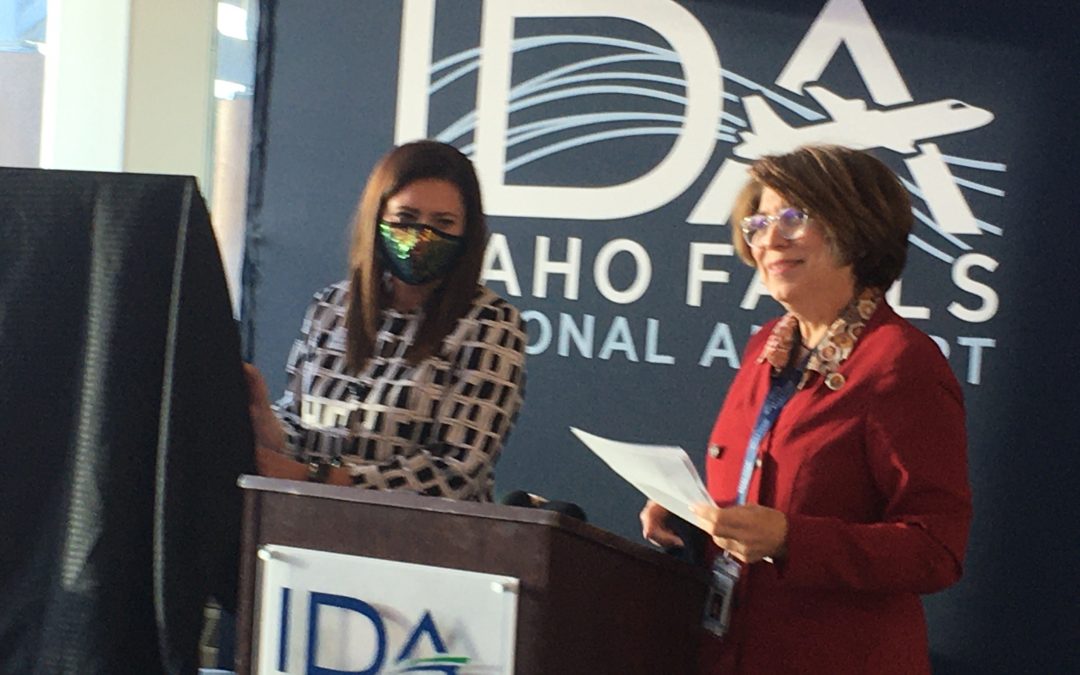 “People would be able to fly to Boise in the morning and then catch a
flight back to Idaho Falls in the evening,” allowing for more time at home
and less exhaustion, especially for people who have to make the trip on a
regular basis saidCasper. She also noted that “distance is one of the
challenges that we experience in Idaho and there are cities in the panhandle
that are very much hoping that they can come up with solutions similar to this
one.”

IDA Director Cloutier said,”We’ve been working on this for about two years in earnest…people have
been trying for over a decade. The mayor, the city council, the businesses of
this community kept asking for this route. So we did our best as at the airport
staff to try to make it happen.”

A minimal revenue guarantee was needed by Alaska Airlines to start the route, so the Chambers of Commerce in
both Idaho Falls and Boise collaborated a capital revenue campaign, asking
local business to help fund the effort. Bank of Idaho stepped up first to infuse
the project with capital. “If this bears out over time and establishes
itself over two years or so…some of that private money may go to
[establishing] another route,” said Casper